This page is here frankly to showcase any builds I do that involves the Comet-Bar Off-road Accessories brand.
However, because of the Nature of the Company, My DMs are open for anyone wanting a Comet-Bar on a Vehicle, or a Full-Blown Off-road conversion, all depending on the nature of the Vehicle.

First up… a build seen before

Known for being First to show up to and Winning TMCC4: Futuristic Off-roaders.

Housing a Custom Workman-Bar does not have Auxillary lights in it… and frankly Headlights-Auxillary lights eh… Mind you Custom Everything else on an MT750 Chassis, also a modified Dump Truck Trailer… turned into a Flat-bed with Crane. A Proper full-blown workout and design study for the guys in Manufacturing and Design.
I think the show got a proper amount of work out of the Interior of that thing…

An Example of a Vehicle Fitted with a Comet-Bar Bushman-Bar, as well as a Workman-Tray.
Marksman Sabre Utility Chassis-Cab, with extra modifications.
Seen here: Racing Showdown Advanced [RSA]

Vehicle was originally a Style Side. seen in SSC The Street Showdown Challenge - On Hold ATM

A one-ton ute turned hot rod? Sounds cool to me… mostly because it is.

I may revise the camper when we have more parts that seat in a bit, Body limitations and such are a small pain to work with.

Anyways, a Continuation of the Masakari from CSR119 CSR 119: The Kings of Summer, But Abridged [Submissions Closed, Semi-finals Published]

So… my first official ‘commission’, Was given this truck and given the Prompt
“Probably something more just to make it look more aggressive, but still look a bit like a work truck”

Well, I’ve done that, and fixed up the tuning… Because erm… Multilink and Light Truck Mono?

Anyways, We slapped on a Workman Bar

Second Comunity truck… to be done up by Comet-Bar.
Given the Prompt “It was said to be a good offroader. I belive it would benefit from a bit of an engine upgrade and possibly some visual stuff too, like a lift kit and some offroad bumpers”

Yeah… the engine upgrade we did, We swapped in a Marksman 4 Litre Inline 6 in lew of the 60 degrees V8…
Also did the lift kit… after we did some ‘chassis tuning’

Please refer to the file name of the image supplied if you want to send an Off-roader to Comet-Bar for a do up.
We will decline to do the job from now on if certain decisions are made.
Anyways… as for the “off-road bumpers”. as you didn’t specify very much… this truck is equipped with a bottom of the shelf Workman Front and Rear Bar, with a Tonneau cover as well… and that’s about it. 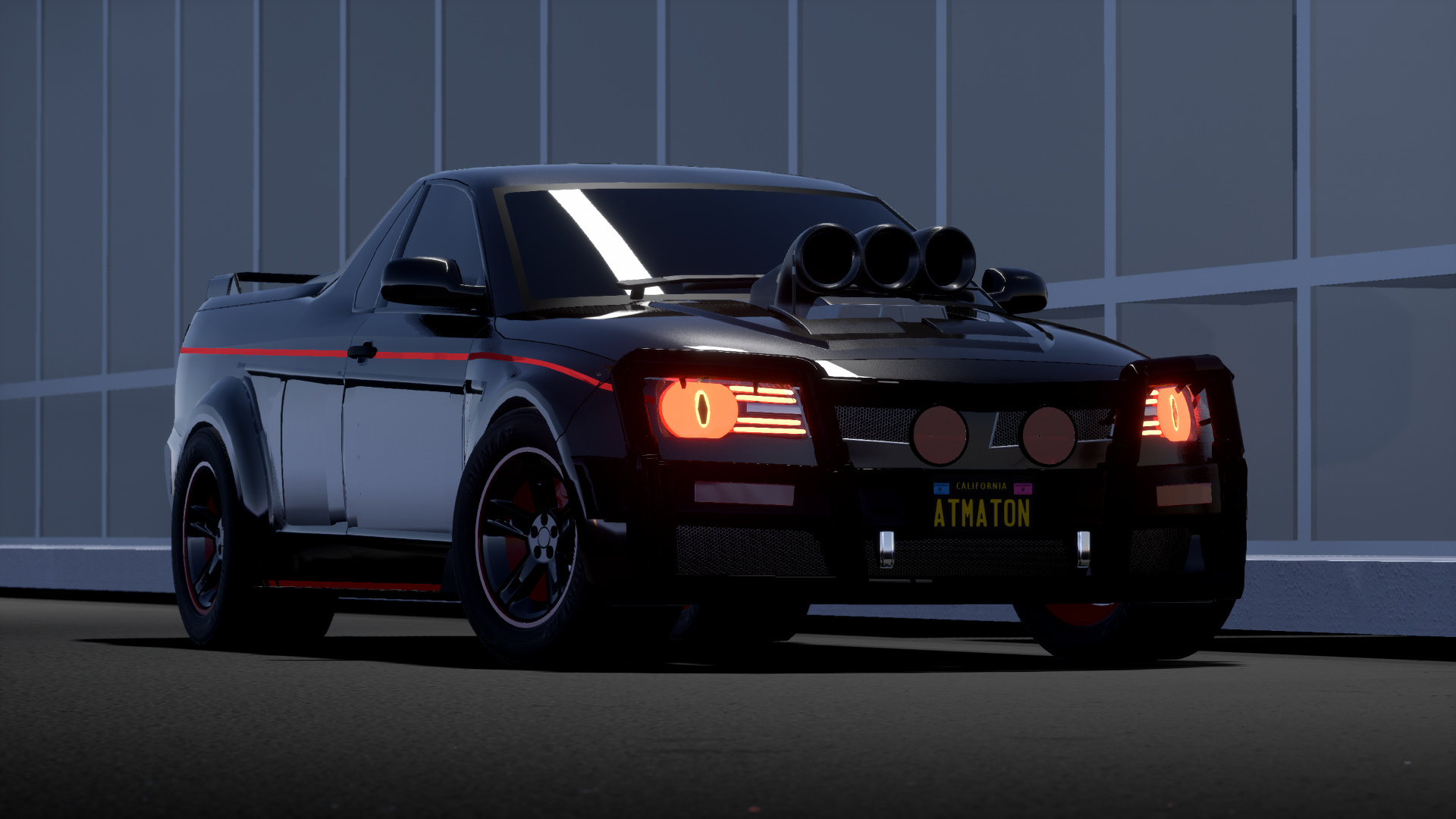 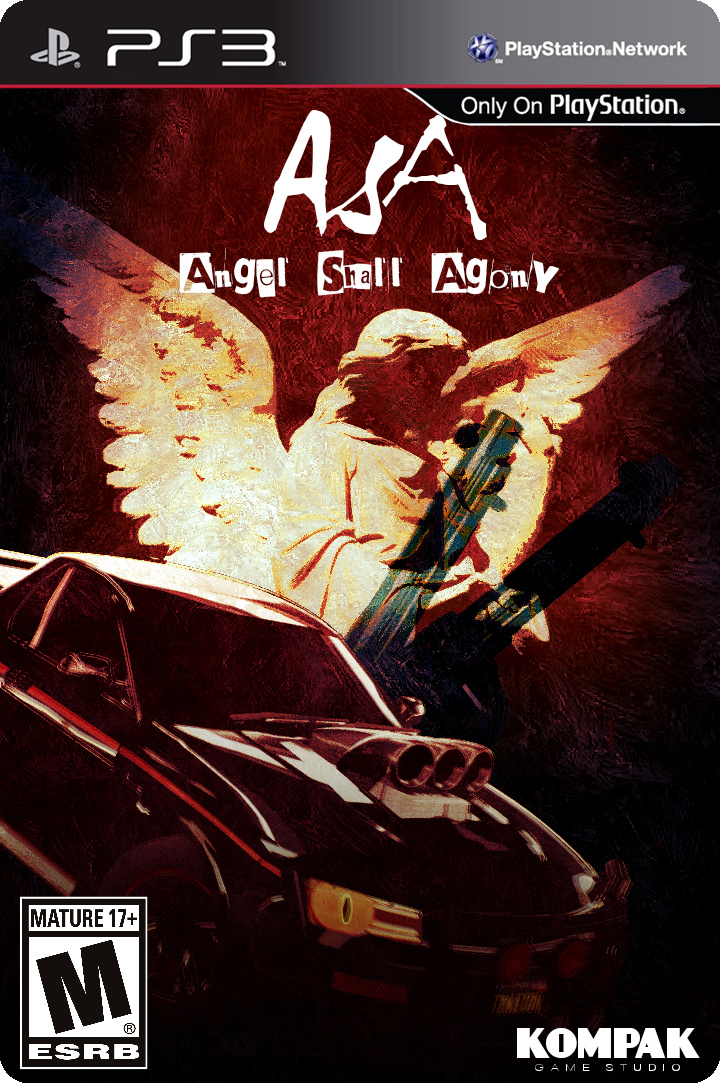 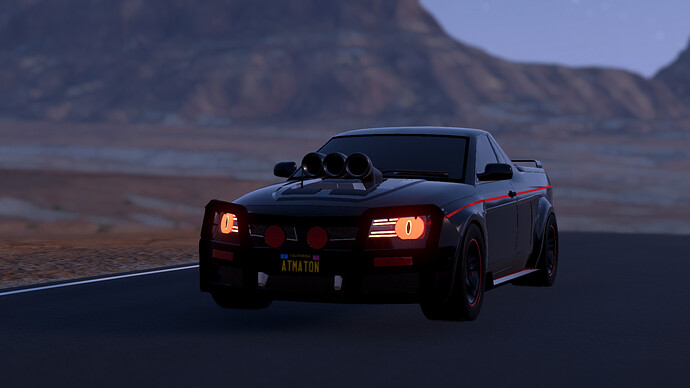 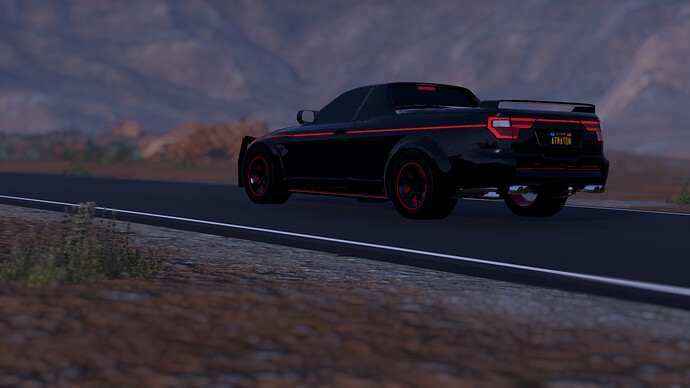 Judgement Day, about 2 weeks after. or at least that's what the Boss says KOMPAK Game Studios HQ - Japan [meeting-room] image taken from here and yes its the same exact image shush The top developers of KOMPAK assembled in a meeting room yet again to discuss the final plans for the game before release. They have received the designs from the indie artists that they reached out to. Boss stands in front, and with the snap of his fingers, the lights switch off and the Television in the middle …

A quick build… but also an experimental.

We say… canonically… this is the Original Comet-Bar. a bit patchy… but did the job.

June 3rd 1971
Reginald Kelly after a mild pranging of his new '71 Sabre Ute on a Kangaroo decided to weld up a new bumper for his Ute, Bigger, Better! His first drive was on a dust patch it’s Australia… might be a bit of an understatement calling it a patch, in which he saw a comet…

Eventually, he started a shop in Emu Plains, the same site is used as Comet-Bar HQ in current times, The Original car is stored at HQ, on display. we have no idea how much it’s worth but it is Comet-Bar history.

Considering that this thread is basically just the same thing, again and again, I’m making an effort to write up stories to not make this thread complete monotony.

14th October 1972
Reginald Kelly on a trip to the States runs into a Businessman hearing of his Comet-Bar endeavour and his Quezon Laguna in which he mangled the Front Bumper, They inherently started a deal, Build him a Bar, and perhaps start up an operation in the States.

The Bar built for the Laguna was enough to seal the deal, though at a later time we are pretty sure it was in a Demolition derby.

A short experimentation with parts, Might use for a Campsite scene in future.
also seen is a modification of my CSR122 car, just, in non-REDLINE form.

An update on Comet-Bar and things to note in future

We have a admittedly rather shitty homemade logo now!
Maybe if I can, get someone to add this to some Sponsor pack

Builds from others won’t be shown as often… hopefully, this comes from a restructuring of how I’m going to handle cars from now on and be a pedantic arse and ask youse to fill a standardised form [Copy and Paste] seen below to my DMs, This will ensure we have a general agreement of giving a shit about this… or so I get a better of what you want with your Precious work of Art to be taken to the Comet-Bar Workshed.

So yeah… that’s a short update… and we will be back to business with far fewer posts in future when the Modular Pipes Mod updates to 4.24.

Modular Pipes hasn’t been updated… but the new Open Beta now has useable parts that will suffice + 3D fixtures
That’s… technically the good news, the bad news… My 128GB Storage Microsoft Surface Laptop no longer has enough storage to store Automation the Car Company Tycoon Game and the Mods I work with without sacrificing other items I need for Schoolife, in short unless I get a new computer… don’t expect new builds anytime soon.

THE RETURN
BIGGER AND BETTER THAN BEFORE

Equipped with Turbo Diesel V8, this sucker is ready for any heavy duty job you need it to pull. or push.
With the help with the Comet-Bar Super-Stockman 5 Post Bullbar’s 50mm Frontal Pin Hitch mount.