Do you remeber the TGRG?

This was a “light” version of it, less role-play, more Automation. But the same concept: 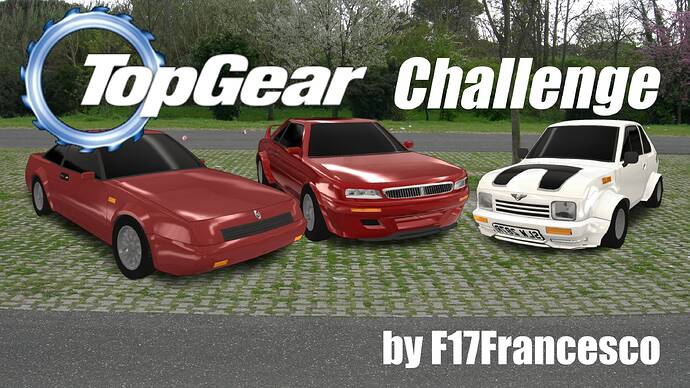 Rules: I play the Game Master (aka The Production), you play as the host of the program. Every round i choose a topic (es. 1985 Light sport cars), you have a week to build (or choose) a car to compete the challenge. No more information will be given (exept some small rules e.g. price and year). At the end of the submission time i write all the challenge and the results (based on automation car stats and a bit of randomization, i will trow a d20 to see if you had luck), then i’ll do a raking, that’s all.

Sumìbmission: Just post the car down there; all the steam mods are allowed;

FAQ:
-How do you write the results? Look down or look at this thread TGRG Top Gear Role Game (Discontinued)
-There is some special math calculation involved? No, the relults will be done comparing the car stats and adding a bit of my fantasy combined with the dice (e.g. drag race, 1/4 mile time of 15.2sec, you roll a 5, probably you have missed the lunch, your time will be 15.9 sec)
-But if i don’t know the challenges i’m going to deal with, how can i optimize the car? You have a topic, the challenges will be created to evaluete that type of car, but if you have ever seen Top Gear, you know, just think outside the scheme. If you want more clue, just look the link up.

CURRENT ROUND Results OUT

If you have questions or suggestions leave them below

RESULTS 1 presentation of the contestants

OK, this is what I’m planning to submit. Backstory coming soon!

When you say all components 2016 or before does that mean all tabs like Model, Trim, Engine, Variant?

When you say all components 2016 or before does that mean all tabs like Model, Trim, Engine, Variant?

So, if you went through Automation scenarios, you know there’s a scenario where you save a Formerly-State-Operated factory (let’s call it FSO in short) from being taken over by some unpronounceable company, or by some “death trap making Koreans”. Let’s see how that went in real life, alright?

…
It went extraordinarily well. However, this is not real life. This is Kubby’s-Wish-Fulfilment Universe #641, in which FSO was taken over not by Daewoo, but by Polish ingenuity.

Say hello to 1997 FSO Rysy. Well, that’s what it was called in the domestic market, with a “Zawsze na szczycie” marketing slogan. The name was deemed to sound horrible in foreign pronunciation, so it was instead called FSO Hussar in the export markets.

There was however a thing. FSO was perceived as a budget brand from behind the iron curtain. And it did not want to be a budget brand anymore. FSM took the role of a Znopresk competitor, you know. FSO needed to make a statement.

In 1996, they’ve made a proper sports car, with a 3-liter turbocharged V8. And because spending engineering money on an engine that only will go into one car is kind of a waste, they’ve severely detuned it and put it into the FWD D-segment family car. The car pictured is the FSO Hussar V8 Combi

This beauty fits 5 people seated on some nice leather seats (or rear bench), and almost a cubic meter of their cargo. All is propelled by roughly 175 hp 3.0 V8, coupled with a 6-speed manual transmission (offering sub-8s 0-100 acceleration time). The driver and the front passenger are protected by two airbags, and the driver is assisted by top-of-the-shelf electronics.

Bell Automotive would like to show you our flagship model the Lexarion has just been made a whole lot better, it comes with our new ‘eco’ V8 small-block engine that does a decent 35mpg (UK) while still delivering the traditional V8 kick. 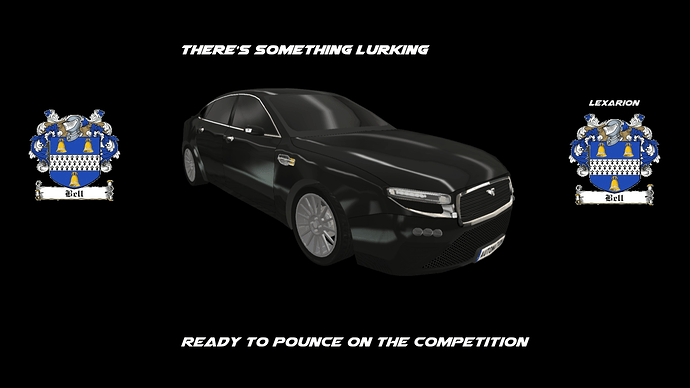 We are so confident about this car that we are offering it with a 3 year unlimited mile warranty.

With a top speed of 173mph you can comfortably cruise along at any desired speed (We do not condone speeding on the public roads wink wink)
A comfortable 0-62 time of 6.4 seconds and with the 4Power all wheel drive system you will not experience any wheelspin so your family is as safe as always.
The entry level V8 model doesn’t come with a whole array if gadgets like the top range specced out model but it does come with some good standard safety equipment (Traction Control, ABS, Progressive power steering, Electronic stability control and the optional ‘Plonker Proof’ automatic braking.

Wow, thank you guys, an unexpected success, 4 hours and 3 submission!

Would there still be a spot open for a turbocharged van? I promise, it’s an actual muscle car. And it has 8 seats

Yes, this time i don’t have setted a limit on entries, i want to see if i can handle a big number.
I never say it must be a muscle, V8 is the requirement

Sadly, however much I tried, I wasn’t able to enter my 370 bhp 1996 Berlose X, which, while powered by a big V8, was too expensive. It was also hopelessly inefficient, not something a family would be keen to deal with I imagine…

Presenting the entrant from Erin into the first round of the Top Gear Challenge! 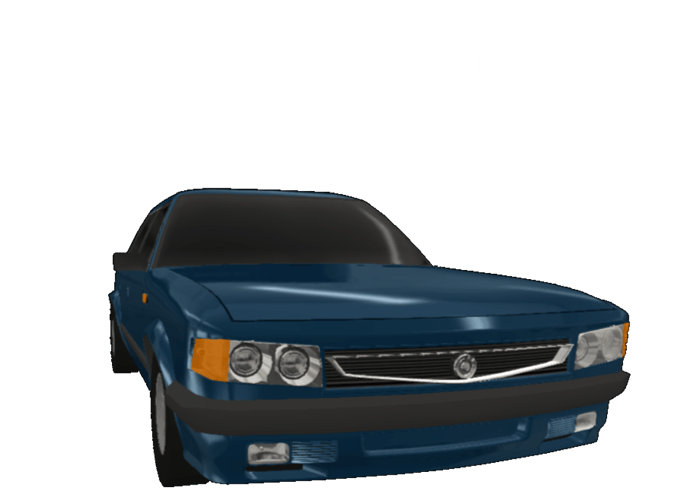 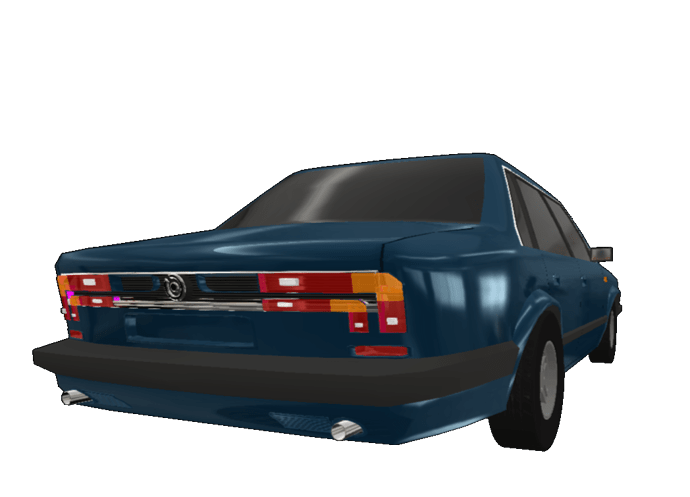 And now for some background information!
The year is 1983. Blue Monday is released. David Bowie becomes a megastar with the release of “Let’s Dance”. Return of the Jedi is in cinemas.
And at long last, Erin enters the executive saloon market with the Berlose, aimed at being a proper British attempt to build a sedan capable of catering for commuters, families and those wanting a budget luxury car. All goes well, and the car becomes one of Erin’s key sources of income.

The year is now 1987. “Strangeways, Here We Come” sadly becomes The Smiths final studio album. Platoon wins the best picture award at the Oscars. Windows 2.0 is released.
And a facelifted version of the Berlose is now on the market. The trims have been adjusted, some new engines have been added and most importantly, Erin attempts to do a rather American thing and create a V8 engine that can be realisticly used in an everyday European car. The result is the car you see above.

I won’t go into too many details due to competition reasons, but essentially what you have here is a typical executive saloon that’s a little more geared to practicality and families. Good fuel economy, low service costs and plenty of space. But, we’ve still made room for a bit of power, decent performance (well, it was decent on release…is 0-60 in 9.3 seconds acceptable today?) and some luxuries too. This one has been specified with the 4 speed automatic, favoring it over the sportier manual for the purposes of making driving easier. It may well roll about like a small ferry, but it’s wonderfully comfortable on just about every road surface.

Why something older? Because why not. But mainly because trying to make the equivalent modern Berlose to this budget would not have worked, and also because, this being a Top Gear challenge, the car needs to be suitably aged and a bit broken in a few areas before it can compete properly

Or so they marketed it. Not many people knew the AEM Superbia was actually meant as a concept to showcase the raw lunacy of the NC-division of AEM, or Aequitas, who were working on the replacement to their well received supercar. So it was actually not meant to go around corners. Yet the boss of the company liked it. He liked it so much, he wanted to put it in production. And thusly, it was released. Not that great a car at all. Quite the horrid one. But it had its charm.

The Superbia showed the world the minds behind the NC-division. They had put a simple 9.5 L turbocharged V8 in a car, put seats in it and thought that was a good idea. It was basic. It was fast. It was brutal. And it was cheap. Excellence without compromise. Certainly, the engineers at Rolls Royce would think that to mean something different.

yeah, it would appear to be so, and i have a feeling i’ll be the only entry from the late 90’s

Right. I’ll get something posted (an PMed) later today/tonight. 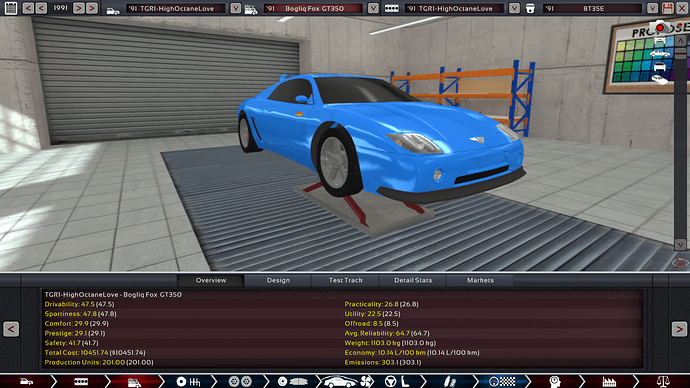 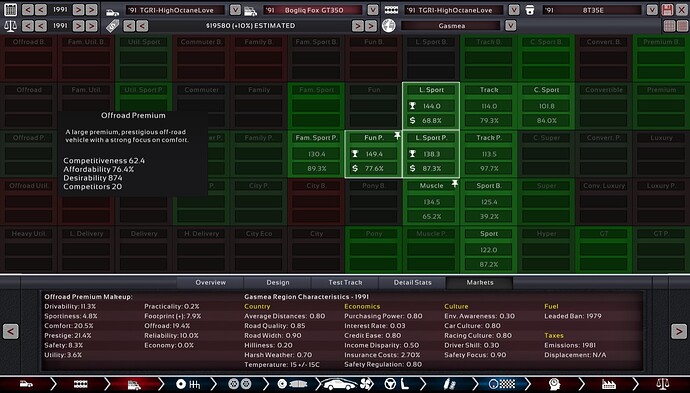 Can’t wait to see how this car pans out

Normally Adenine would never be caught producing a V8 but this was a special occasion. Their friends over at Inline Designs had gotten their hands on a little bit of Italian engineering, the 8C35-15 V8 engine from JSC S.p.A Motori Speciali. Inline Designs retuned the 44VL365 variant to produce 5 more horsepower while improving efficiency. Afterwards Inline Designs insisted that Adenine put the engine into their Valence family sedan and see what could come out of it. The results were impressive: 0-60 in 4.5 seconds, top speed of 169mph, and with pretty decent economy at 24mpg. Adenine liked it so much that they decided to produce a limited edition trim of the Valence. 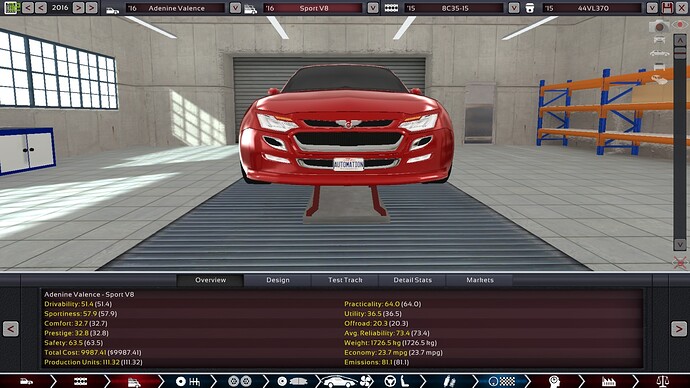 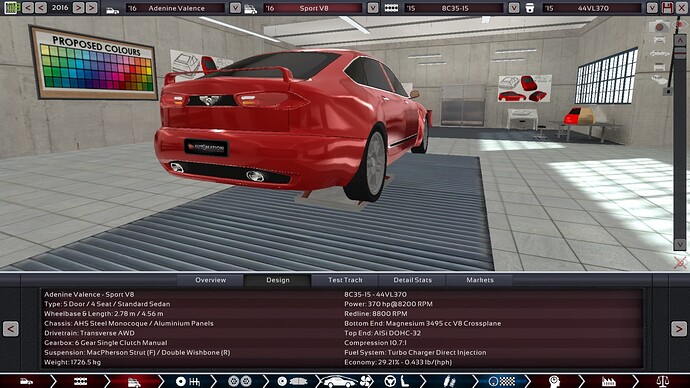 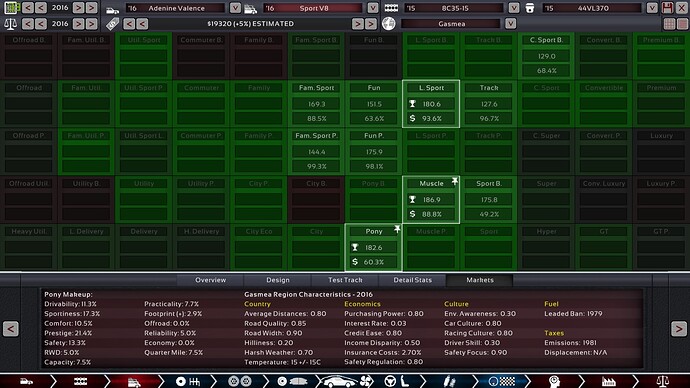 Certainly the only entry

What am I entering? Well… What about a car from the 50s?