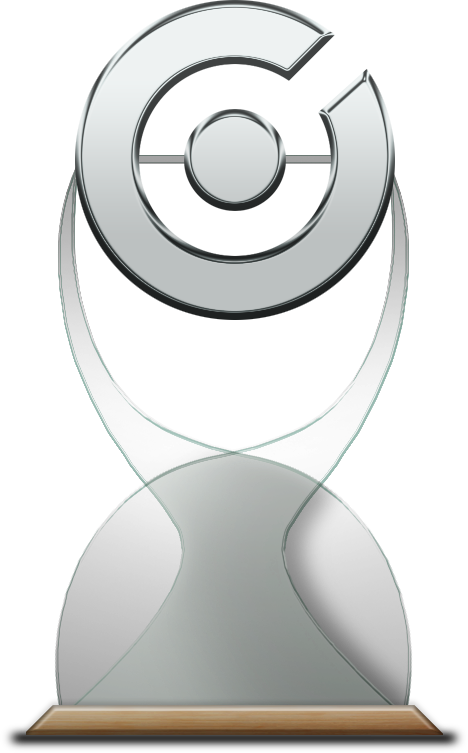 Summary
Welcome back to our annual end of the year awards! Here, we’ll be hosting a community-run competition where you get to vote for our candidates! A multiplicity of categories will be available to pick from and you, our beloved voters, get to choose not only who advances in a category but the subject of the categories themselves.

Overview
There is a 3-round system to our voting, but before any categorical voting occurs, the groups must be made themselves. Here are all of the processes that will occur this year:

Banner
Alright, we tried this last year and it didn’t work all that well. This year I’d like to change that; please, PM me your banner submissions and if we receive more than 5 we shall vote on them. They will be at the top of our awards ceremony.

We ask that you do not vote for yourself in any categories. Thank you.

Thanks for visiting, and we wish you all happy holidays!

Prelimenary Voting has been removed.

Also, just for reference since I realize it could be quite a lot of information thrown at you guys at once, here’s all the auto shows from the past year.

Friendly reminder that voting ends tonight! Ifyou would like you may vote multiple times given you do not nominate yourself.

Secondary voting has been removed.

First note: I have omitted the category “Best Car (E-Segment and larger Common)” as it in reality is a bit of an unrealistic option. 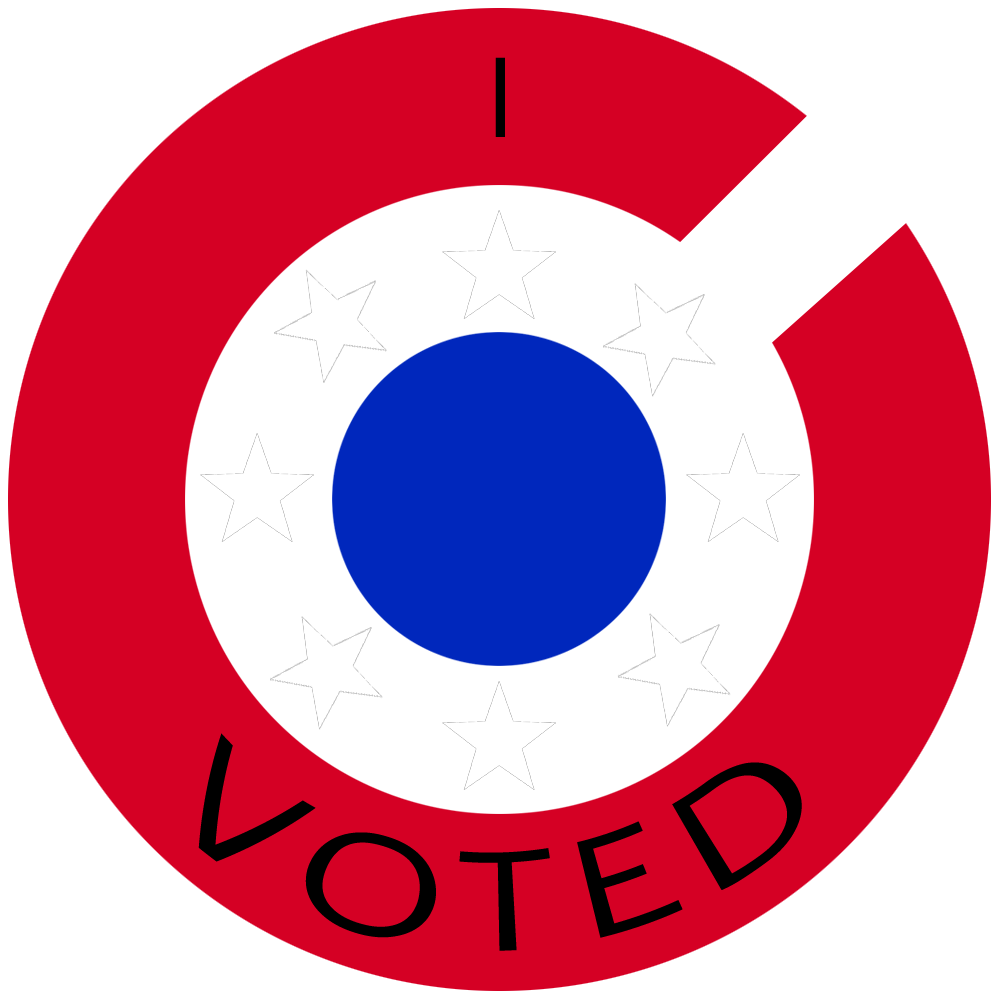 That’s too American for me to use, sorry.

My avatar is unchangable, sorry.

I suggest for the next edition of this to divide cars by one factor, instead of two - or size (and rather A-C and D and larger, as the second group is not so big otherwise) or prestige (common, premium/luxury).

-Me scrolling through the categories-

“Huh, how did a Calvinator end up in the running for COTY (Common)?”

-Me getting to the Truck of the Year category-

“Holy mother of christ is this a Monolith dealership? BUT WAIT! The M-X and Blitz are from last year. In fact the M-X already won SUV of the Year 2016 lol, we even made a Limited Edition because of that.”

Better remove those two from the poll, unless vehicles are eligible for the trophy in consecutive years, à la Ward’s Ten Best Engines list. I was secretly hoping the hilariously inappropriate for our times Jupiter would make it, with its glorious 8.0L V12 Turbodiesel. And yes, I voted.

“None of these hypercar companies really made any waves this year” And then “Oh wait, Assoluto is here?”

Also “Wait, how am I running for best car company two years in a row, when that company is completed”

There were many blank spots, but unfortunately we were not able to quite cover everything that, well, should have been in there. I was so busy I didn’t have time to even think about what possibly hadn’t been nominated yet so I could make sure it was included, and therefore, such things as the Drift tourney and several GBF cars went completely unmentioned.

lol. I take it that this includes subsidiary BMMA.

Final voting is now available! Please vote only once. Some options have already been determined and thus are being excluded from the final voting process.

Entered my name, saw a thank you for voting sign. Can’t vote

this how elections in Russia work

@titleguy1 I accidentally ‘‘filled in’’ this vote when I was skipping through them last night, can I get mine reset?

lol. I take it that this includes subsidiary BMMA.

This ^
I thought the same.

somebody forgot to finish this lol

Thanks to @DeusExMackia for this wonderful banner!

Hello everyone! Here are the results of this year’s awards!

Best Car Company (Common)
With 44% of all the votes, the well-deserved award goes to…
@Rk38 and Maesima!

Best Car Company (Luxury)
48% votes were given to this company for the best luxury car company. Put your hands up for…
@Leonardo9613 and Bonham!

Car Of The Year (Luxury)
Smashing the competition with daring style and British substance is…
@DeusExMackia and the stunning Erin Aventa Revera Design Concept!

Car Of The Year (Performance)
Again, the master of obscene supercars seizes another award…
@strop and the Gryphon Gear Jormungandr!

Truck of the Year
Crushing the competition with over 60% of all votes is…
@Awildgermanmanappears and @squidhead with the Monolith-KHT S340D Blitz!

Most “WTF” Car of the Year
Well, naturally, the awards are well-deserved. Thus…
@CNCharger and the 2019 Calvinator Super Wagon!

Most Impressive Car
An extremely close vote, with only 2 votes separating first and the tied second place finishers…
@strop and @rk38 with the GBF Bellua “GG” Competizione!

Most Dedicated/Developed Car Company
One vote was all it took for Erin to lose this to the absolutely deserving…
@Rk38 and Maesima!

Best New Car Company (Forum Member must have joined in 2017)
Smashing the competition with daring style and British substance is…
@Mr.Computah and superemely improved Contendiente!

Best Advertisement
A photoshop master wields his sword yet again, this time in the form of…
@Rk38 with the GBF Viato 1600!

Most Realistic Car Company
The first stalemate of the day comes with two company giants…
@Rk38 and Maesima and @Starfish94Saminda!

Best Car Designer (Considering all cars this person has designed)
A 52% majority of the votes goes to the one and the only @Rk38!

Best Car Creator (Considering all cars this person has engineered)
The person named best car creator this year is @phale!

Best New Member (Must have joined in 2017)
A big round of applause to @Mr.Computah who was unanimously named the year’s best new member!

Best Modder (Not Moderator!)
The best modder this year was named to be @dukeaccent, closely beating out @thecarlover!

Best Challenge/Competition
Another tie goes to @strop for the long-running Car Shopping Round and @Mr.Computah for the [url=http://discourse.automationgame.com/t/the-great-automation-run-chapter-8/22228]Great Automation Run![url] 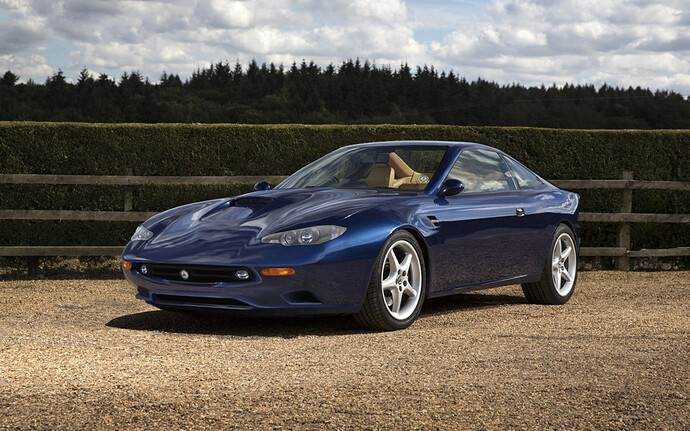 The “Golden Cock” Award
An unexpected turn of events shows @CNCharger to have not won this award; instead, we provide the “Golden Cock” to @laffinghyena and his lore rant!

Best Car Company Thread
Beating out Rennen by a single vote is @DeusExMackia with Erin!

Funniest Moment
The return of @CNCharger was given majority vote as the funniest moment this year!

Most Ludicrous Claim
The most ludicrous claim goes like this: "A review from a private 3rd party just yesterday that has asked to remain anomynous. “Nothing has been as great as Calvinator over the years.”

Best Community Magazine
The best community magazine goes none other to our favorite @DeusExMackia as Gavin Anderson for Splendid Auto Monthly!

Best Community Artist
A near-tie, the artist who came out in front over @Rk38 is none other than yours truly, @titleguy1!

I hope everyone enjoyed the awards ceremony this year, and thank you all for tuning in! Have a wonderful new year, and may 2018 be even more spectacular than last year!

Thank you everybody for the love you’ve shown Contendiente!

And a special congratulations to @Rk38 for that incredible GBF Bellisa photoshop, @strop for doing it again with GG, @DeusExMackia for their victory in the luxury car of the year category and @Leonardo9613 for winning the best luxury company!

Massive congratulations to all those who won awards this year and an even bigger thanks to all and anyone who voted for Erin in any of the votes, it means so much to win Luxury Car of the Year. However, I must give a big thank you to @asdren who styled the Aventa Revera Design Concept and also did the stunning photoshops, he really ought to be the one getting congratulated here!

It also means so much to win Best Community Magazine, Gavin is certainly very pleased to have won the award. He’ll be back soon enough to keep on reviewing.

I know this might not be the most pleasant thing to read at this time in the year if your work wasn’t recognised or voted for, and please forgive me for sounding patronising here, but do not feel downtrodden or saddened by this. It’s not just a case of “there’s always next year”, it’s about the fact that we are a community, and a community inherently relies on what its members put in to keep it going.

Instead, be inspired. Aim high, don’t settle for good enough. Teach yourself how to photoshop, ask for criticism and improvements, go and run a competition if you have a spare few weeks, collaborate with another user and make some revolutionary car project that leaves everyone else going “Woah”.

This is CNCharger. I am here to announce that Calvinator has been freed of its Royal Motors dominated Staff (they went defunct over quality 15 cars and making Calvinator follow suit), Calvinators can once again be reasonably priced, and no certifcates required (we were lobbying since the 80’s to force not just the Nollusian Government, but even Gasmea to drop the law and punishments (we hated the certificates)), and our buyers, Rosin Auto rebuilt 10 of every model we ever built, and found them to meet atleast 4 of 5 stars in safety standards (till 2005, when Royal upped quality standards) (we failed emissions). We at now RCAC (Rosin Calvinator Auto Corp or RosCal) hope to bring Calvinator to a new era.

Royal brand was replaced by RosCal
DeLorean was sold
Yugo…was dissolved. We found out that while Calvinator was dead, the Yugo company president and staff that took over were involved in some very dark interests.
Calvinator will be a high production car company like it was prior to 1995.
CRM will be a new brand
CNRT will be merged into CRM (we only need one racing team, and CNRT made specialty cars like P1s and F1s)
SuperWagon will be altered, but maintain its power.
Front Drivetrain airbag ignitors will be dropped
There will be a new package for Model C, Miara, Bruiser and Superwagon similar to Hellcat.
Predator Trucks and SUVs are their own brand now.
Max Quality of ALL RCAC products will not exceed 3 without permission of the Board.

Oh, and there will be a new Miara Roadster and MiarE Coupe

Yes Ive got a question. Whats the point of the new forum account. Or are you just someone posing as CNC because you think its funny?